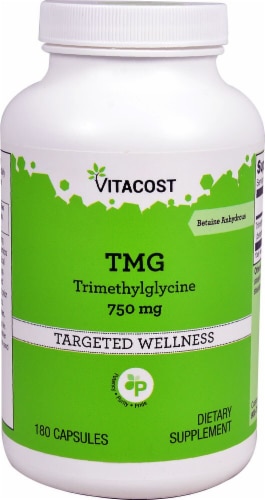 What is TMG (trimethylglycine)?

Trimethylglycine (TMG), also known as betaine, is a naturally occurring compound found in beets, spinach, quinoa, wheat bran and some meats. It’s also produced by the body from choline and the amino acid glycine.

What are the key benefits of Vitacost® TMG (Trimethylglycine)?

Vitacost® TMG (Trimethylglycine) is a targeted wellness solution - just for you.