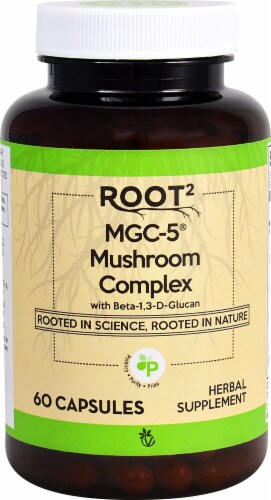 MGC-5 Mushroom Complex is a unique combination of five powerful, standardized mushroom extracts. Mushrooms are classified as fungi (plants without roots, leaves, seeds or flowers that don’t require sunlight to grow) rather than vegetables, and have been used for both culinary and health purposes for centuries. Compounds found in mushrooms are believed to possess immune-health promoting properties.* Included in this formula are: