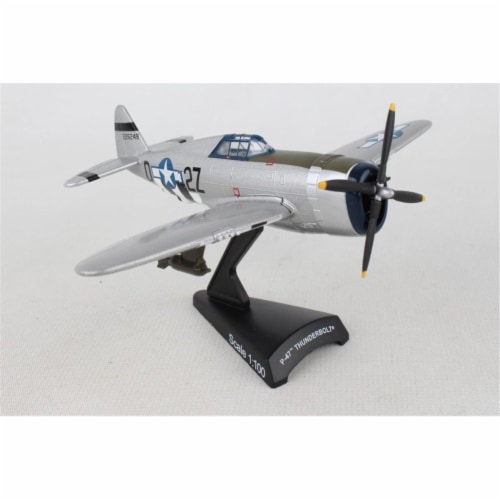 The P 47 Thunderbolt was a fighter bomber used by the United States Army Air Forces during World War II with over 15 000 planes built during its operational lifetime With the aid of drop tanks auxiliary fuel tanks the P 47 could cover long distances and was feared because of its eight 50 caliber guns The P 47 was the heaviest single engine WWII fighter and the first piston powered fighter to exceed 500 mph This P 47 has been painted to represent Kansas Tornado II flown by Capt Howard Curran of the 510th Fighter Squadron 405th Fighter Group based in St Dizier France during the fall of 1944 Features . United States Air Force Usa Specifications . Scale Type 1 100