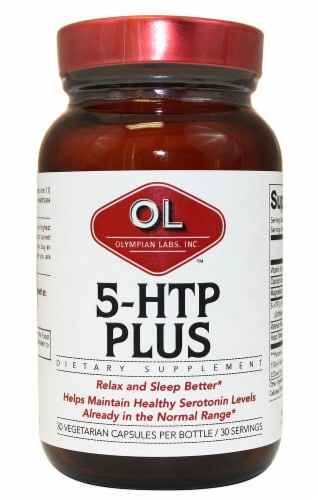 5-HTP, also known as 5-hydroxytryptophan, is the direct precursor to the neurotransmitter serotonin. Low levels of serotonin are associated with sleep problems, depression, anxiety, compulsive eating disorders, restless leg syndrome, migraines, fibromyalgia and low pain threshold. Many people that are afflicted with one of those conditions often have others, which has led some researchers to label them collectively as "Low Serotonin Syndrome.

Serotonin is an important initiator of sleep. In numerous studies 5-HTP has been shown to decrease the time required to get to sleep and to decrease the number of awakening. It also increases REM sleep and deep sleep.