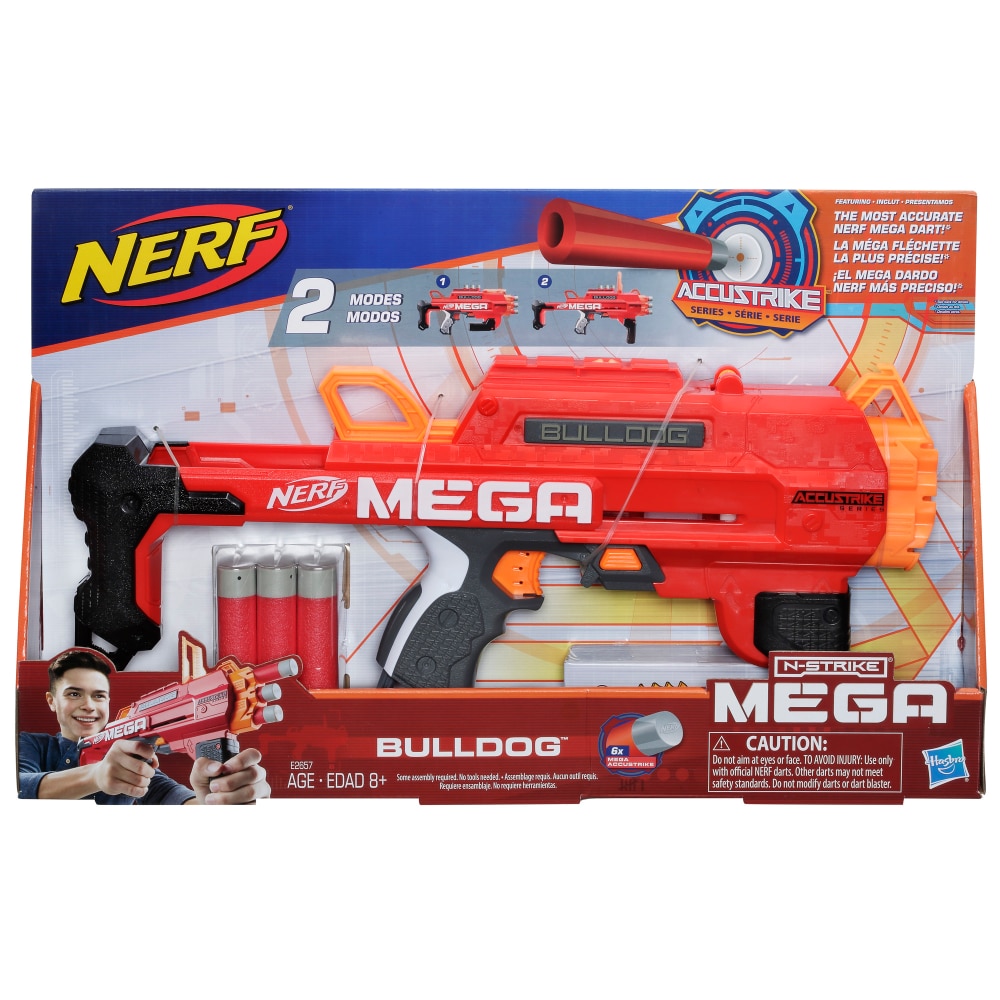 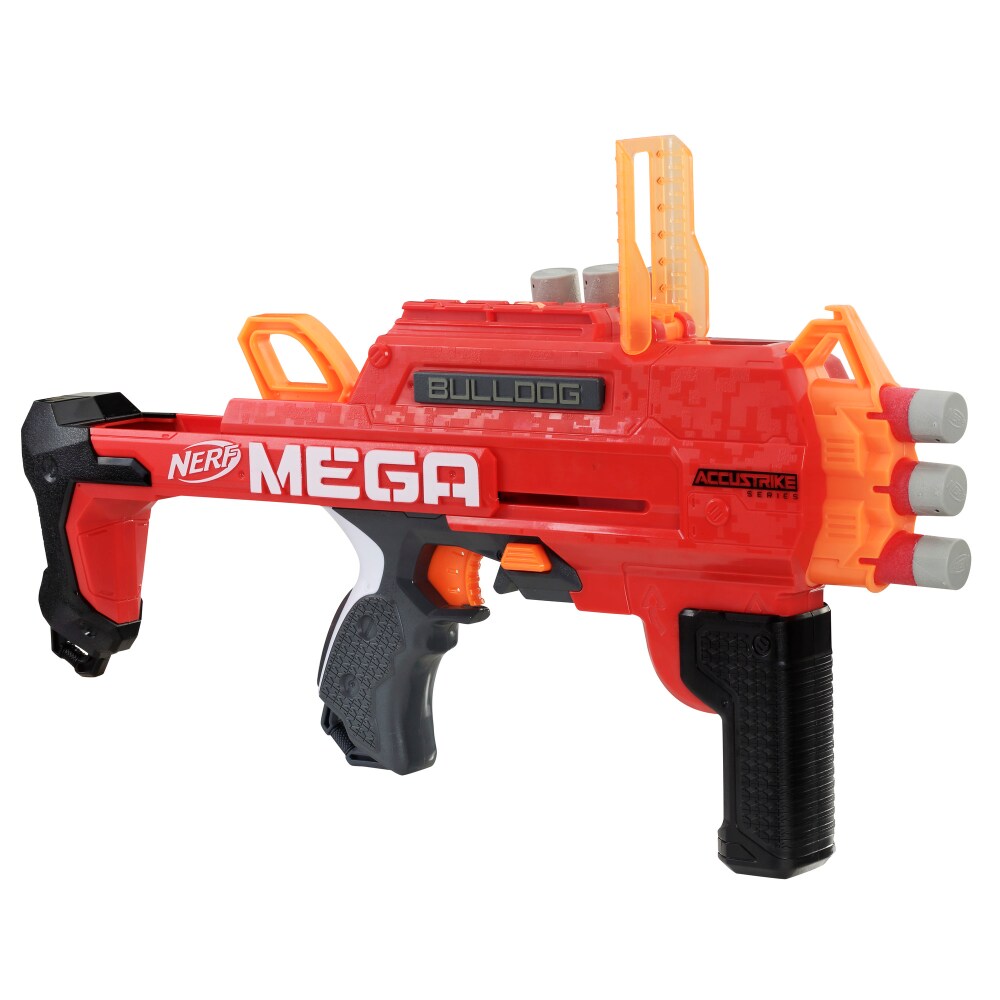 Load 3 darts into the front of the blaster, pull the handle back, and pull the trigger to fire 1 dart. A storage area on the blaster holds 3 darts. Players can extend the stock and raise the sight to stabilize shots and focus their aim. Retract the stock and lower the sight for a more compact size to stay mobile or battle in tight spaces.

The blaster is also compatible with Nerf Mega darts (sold separately). Be a bulldog on the battlefield with the Nerf AccuStrike Mega Bulldog blaster!

Warning: Do not aim at eyes or face. To avoid injury-do not modify darts or dart blaster. Use only with official NERF darts.