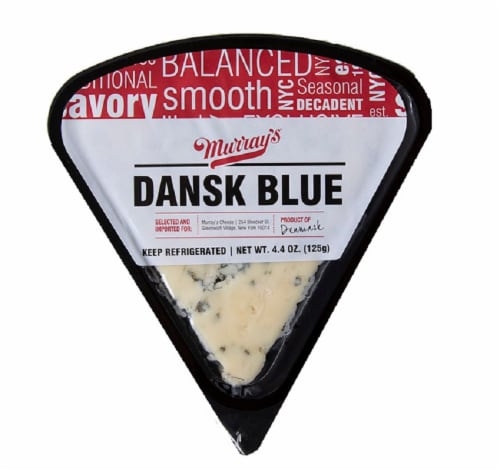 Invented in the early 20th century to mimic the infamous Roquefort, Dansk Blue bears many similarities to the famous Frenchie. The notable difference is the cow’s milk from which it is made – where the Roquefort is strong and spicy, the fresh cream flavor of the Dansk Blue imparts a sweet fruitiness. The dense, creamy paste makes it appealing even to those who aren't blue fans, as it is far more approachable than its French cousin. With enough flavor to top a burger, this blue mixes well into salads and transforms into a yummy treat when sprinkled on watermelon.