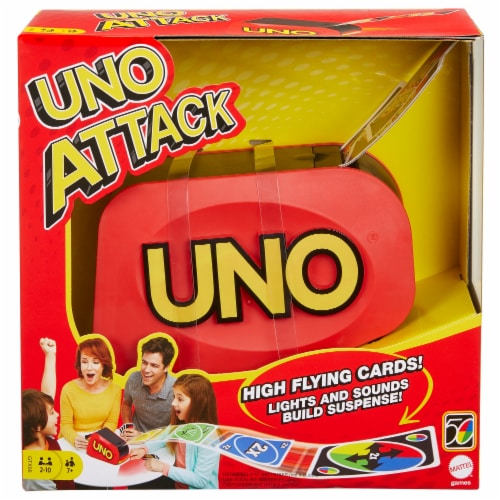 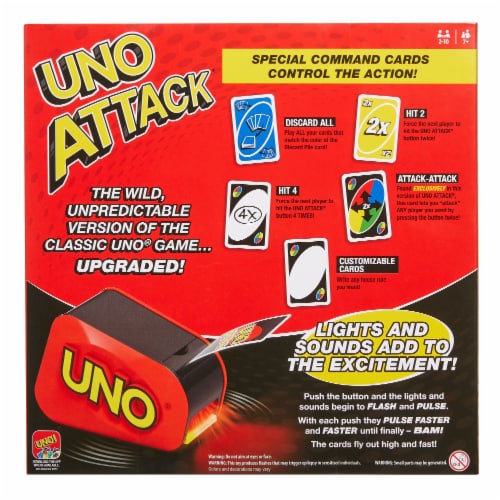 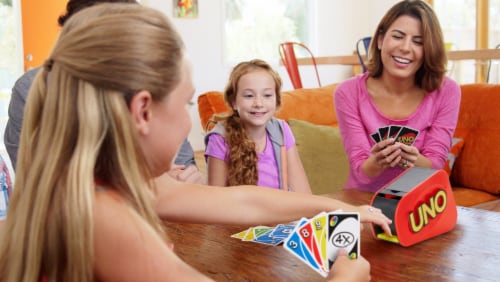 This version of the UNO Attack® game brings action, suspense and surprise with its sleek look, cool sounds and high-shooting cards. Lights and sounds build over time for extra excitement!

This edition of UNO Attack® features an updated card-launcher with a sleek design that shoots cards higher! Improved sound effects and lights flash faster each time the button is pushed, adding to the suspense. The anticipation waiting to see when the cards will shoot out is almost unbearable! Stack the cards in the machine, then play everyone's favorite card game. If the Attack card comes up, watch out! When players have only one card left, they must still yell UNO! Colors and decorations may vary.