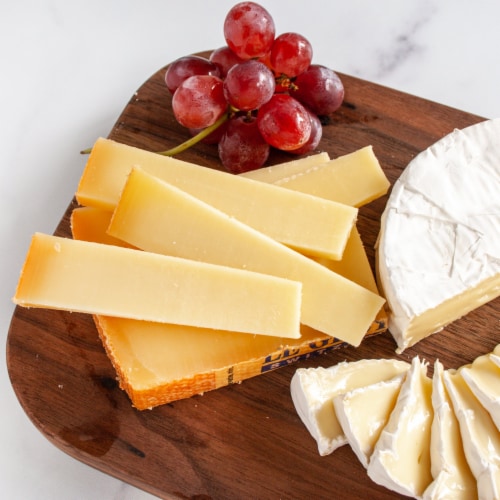 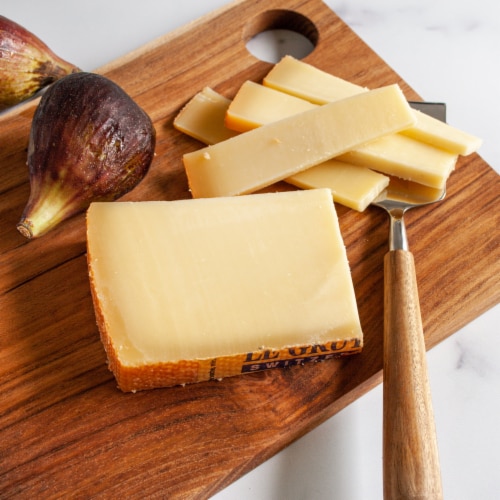 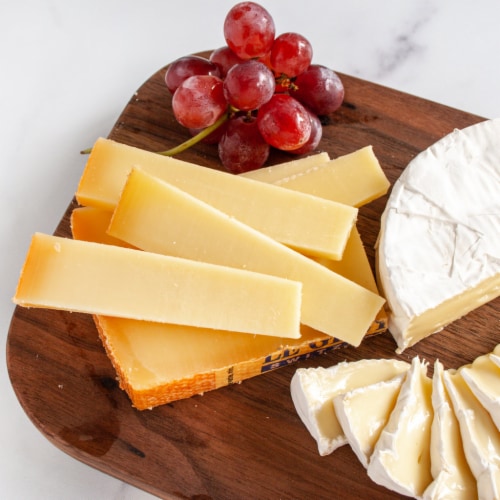 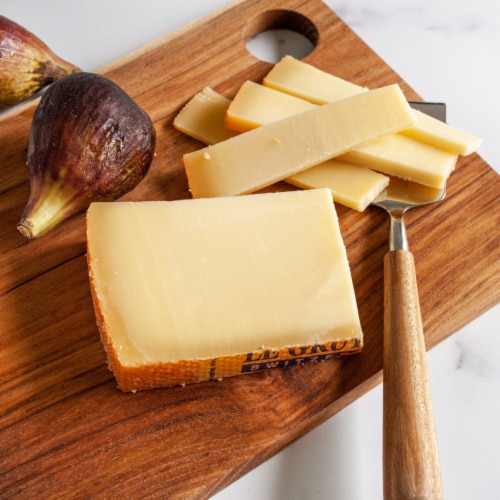 Hover to Zoom
Item 1 of 4 is selected.

This extra special delicacy from the Gruyere district of Switzerland is well known as the basic ingredient in fondue. But with its delightfully nutty, spicy, full flavor, it is delicious as a table cheese as well. Upon eating Gruyere, one immediately recognizes the taste of whole milk that is used exclusively in making this grand cheese. We say it is grand because a whole wheel of Gruyere weighs about 80 pounds. In fact, it takes over 100 gallons of milk to make a single wheel of Gruyere! Enjoy this traditional favorite julienned into a chef's salad, melted on a hot open-faced sandwich, or, of course, in a classic cheese fondue. Won the Silver Medal in the World Cheese Awards.

A cheese plastered in experience and tradition, Gruyere upholds a standard of uninhibited quality, an approach that has helped characterize it through generations.

Endeared for its intricate layers of flavor, the process of making Gruyere calls for expertise in technique combined with experience in instinct.

Named for the town of Gruyères in Switzerland where it was originally made, Gruyère cheese is a firm cheese with a pale yellow color and a rich, creamy, slightly nutty taste. It features a few small holes, or "eyes", characteristic of Swiss cheese, which are formed by gas bubbles released by the bacteria that are used in making the cheese.