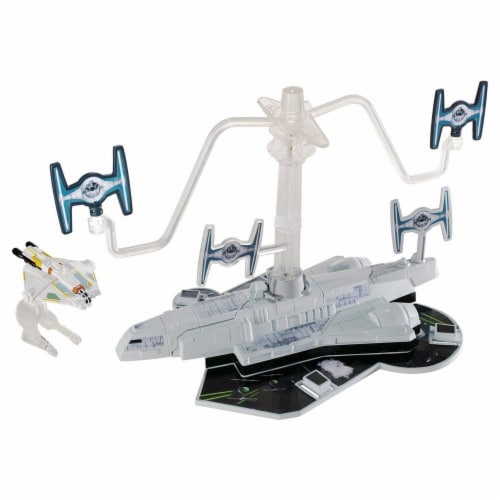 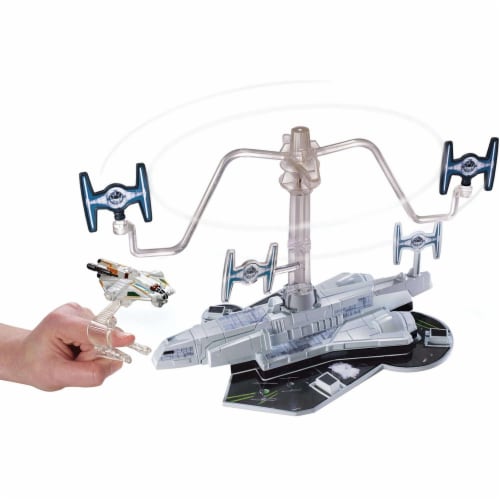 Two of kids favorite brands Hot Wheels and Star Wars have joined forces! It?s up to you to defeat the diabolical Imperial Forces with the Rebels Transport Attack play set. Use the Flight Navigator to pilot the Ghost starship toward the spinning TIE Fighters. Defeat the TIE fighters and damage the Imperial Transport! Kids will love re-creating their favorite storylines from STAR WARS REBELS and creating their own ways to play. Each sold separately. Not for use with some Hot Wheels sets. Colors and decorations may vary. Ages 5 and older.