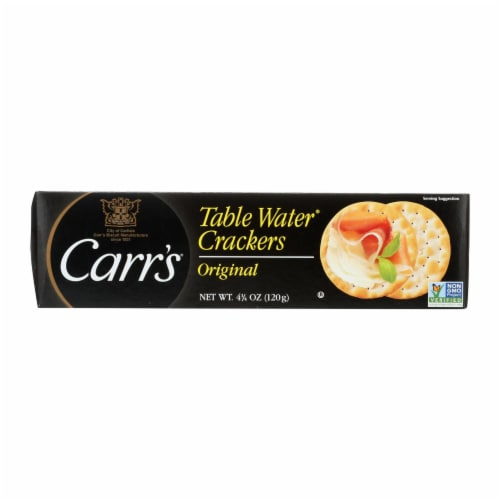 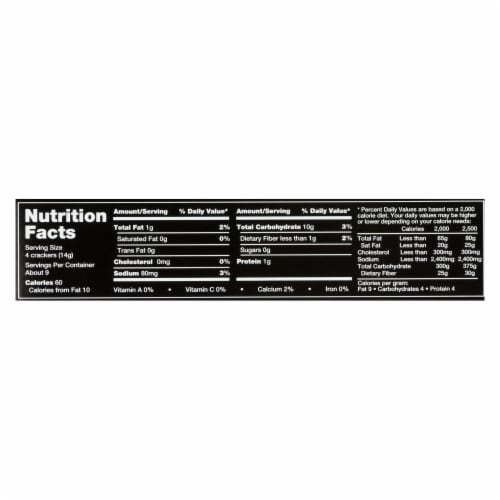 Carr's table water crackers, original get their thin and crispy texture from being baked in a traditional brick oven, in the same way they’ve been baked since their creation in the 1800s. Their crackers were a success, carr’s thrived and became so popular that only 10 years later it was granted queen victoria's royal warrant, an award that has been granted to carr's by british royalty continuously since that time. Made with non-gmo ingredients and no artificial colors or flavors, there's nothing to get in the way of enjoying a wide variety of toppings. Carr’s table water crackers, original are packed in a 4.25 oz. Box with a serving size of four crackers and with about nine servings per box. Please see the nutrition facts panel for allergens.